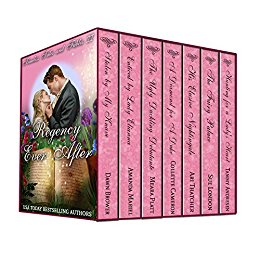 Once upon a time seven historical romance authors created a fairy tale inspired Regency world with all the romance of Regency and timelessness of fairy tales.

Join us on a Regency adventure of love and romance with seven brand new stories by some of today’s most sought after authors in Regency Ever After: Timeless Tales and Fables II.

Stolen by My Knave by Dawn Brower
As a child, Lady Elizabeth Kendall glimpsed an image of handsome gentleman in her looking glass. Imagine her surprise when years later she meets the Duke of Whitewood, who bears a striking resemblance to her imaginary man. Will they accept fate’s decision or ignore all the signs that brought them together?

Enticed by Lady Elianna by Amanda Mariel
Lady Elianna has been forced into servitude by her cousin. Still she dares to dream. Lord Sinclair is intrigued by her and determined to discover her secrets. Might he be the key to her freedom?

The Ugly Duckling Debutante by Meara Platt
Gennalyn, a lonely young woman far from home thinks of herself as an outcast, ugly duckling. But Roarke, a much sought after war hero just returned home, sees her for the beautiful swan she truly is.

A Diamond for a Duke by Collette Cameron
A dour duke and a wistful wallflower—an impossible match until fate intervenes one enchanted night, resulting in a passionate interlude neither can forget.

His Elusive Nightingale by Ari Thatcher
When a pompous duke offers a large reward to anyone who’ll bring his favorite opera singer to perform for him, an amateur sleuth and the singer’s maid conspire to accomplish the challenge. Little does the sleuth know what intrigue lies ahead, and the damage a few passionate nights with a maid will do to his heart.

The Fairy Palace by Sue London
Lord Williams indulges his sheltered 'cousin' with the visit to London she always wanted. Now he's in trouble that the Mad Clan may not be able to get him out of.

Hunting for A Lady’s Heart by Tammy Andresen
Lord William Fairfield is an experienced hunter, so when he encounters the beautiful, raven-haired Lady Eirwen White in the forest running for her life, he knows that he must use his skills to save her. But will Eirwen allow him to put his life at risk to aid her against her wicked stepmother? 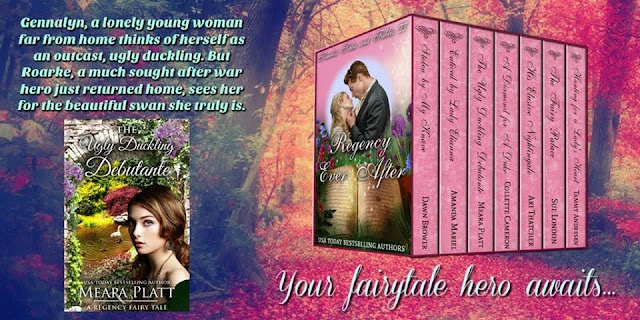 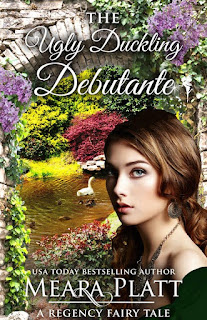 Excerpt from The Ugly Duckling Debutante:


Gennalyn quickly tucked her diary within the folds of her gown to hide it from view. Her heart beat a little faster as she watched Roarke Hawthorn tether his horse to a nearby tree and then stride toward her. His blond hair appeared quite golden under the sun’s rays that shone upon his head. She waited for the inevitable halo to form around his thick mane, for he looked remarkably like a mythical Greek god marching with victorious confidence down from the heavens. “Lord Hawthorn, is there a reason you’re here and not greeting your adoring throng at the manor house?”

His warm brown eyes gleamed in obvious amusement, but she couldn’t overlook the intelligence behind those dark orbs. “They can wait a little longer.” His manner was thoughtful as he knelt beside her and held out his hand, palm up, for one of the ducklings on her lap to hop on. It was a casual gesture, one that revealed much about his honorable nature, for he obviously had a gentle manner with animals. He hadn’t bellowed or raged at Sebastian even though the cantankerous bull had given him a good scare.

She’d heard he was a war hero, which probably meant he’d earned the trust and admiration of the men who’d served under him. Did this man have any faults? She was determined to find one because she hadn’t noticed any yet and didn’t want to like him. “I wish you’d go away.” The quivery catch to her voice made her wince.

His steady presence and the comfort he offered were stirring up sensations that she never dared feel again. She was surviving in her cocoon and didn’t want this well-intentioned man to shake her out of her hiding place.

“I know you don’t want me here.” He cast her a boyish grin that quickly turned into a look of tender regard. “But I’m too dense to take the hint. Why aren’t you at the party, Gennalyn? Do you have any intention of putting in an appearance?”

“No. They don’t want me around.” She shrugged her shoulders. “I’m happier out here.”

“Me too.” He set the duckling back on her lap and then stretched his lean, muscled body on the grass beside her, propping himself on his elbows while he studied her. His manner appeared casual, but she knew he was anything but that. This was a man with keen instincts, no doubt finely honed in the heat of battle, for it took more than dogged determination to stay alive while others all around you were intent on cutting short your life.

She began to fidget, all too aware that he was still looking at her. “This party is in your honor, my lord. Everyone will be quite put out if you’re late.”

He glanced at the manor house in the distance before returning his gaze to her. “They’ll manage without me a little while longer.”

“Indeed, you are dense.” Why had she captured his interest? What more could she do to push him away? That determination of his might have served him well in battle, but she didn’t appreciate that it was now turned on her. “Please run along or I’ll be blamed for your tardiness as well.”

He arched an eyebrow. “I’ll go, but only if you promise that we’ll meet again. Soon. Tomorrow. I’ll meet you in my cow pasture at midday.”

She gave a snorting laugh. “Why would you want to see me again? I’m not pretty. I’m not immensely wealthy. And I don’t like you.”

His eyebrow shot up once more and then he let out a quiet rumble of laughter. “Gennalyn, I find you refreshingly charming.”

She sighed. “No, you don’t. You find my behavior odd and think there’s a deep, compelling reason behind it that you must now discover. You’re the sort who enjoys challenging puzzles, but you’ll be disappointed. There isn’t anything mysterious or puzzling about me. Trust me on this and leave me alone. By the way, I’d rather you addressed me as Miss Beauclerk. We are not friends and I doubt we ever shall be.”

“Gennalyn,” he said with a rough and husky rumble to his voice, his amusement now vanished and only concern gleaming in his eyes, “something happened to you before you came here, something bad. It’s so obvious, your every word and manner fairly screams it.”

Her fingers trembled as she stroked the soft downy fur of one of the ducklings still curled on her lap. She shifted a little to nudge her diary closer, for she didn’t want him to notice it and discover her secrets. “What concern is it of yours, my lord?”

Q1-What fairytale did you choose for your inspiration and why?

I chose The Ugly Duckling because it's such a wonderful theme. There's a beautiful swan in all of us just waiting to be brought out.

Q2-What was your favorite fairytale as a child?

My favorite fairy tale as a child was Sleeping Beauty because I loved that wicked Maleficent and always wondered what her back story was that made her so evil!

Q3-What is your favorite line from your book?

My favorite line from The Ugly Duckling Debutante is: "They call me Ugly Duckling, even to my face. One would think they’d have the manners to whisper it behind my back." 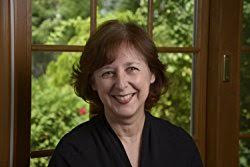 You can download a free Farthingale novella, If You Kissed Me, when you visit www.mearaplatt.com.

She is happily married to her Russell Crowe look-alike husband, and they have two terrific children. She lives in one of the many great towns on Long Island, New York and loves it, except for the traffic. Her favorite place in all the world is England's Lake District, which may not come as a surprise since many of her stories are set in that idyllic landscape.

Grab your copy of Regency Ever After today for just 99 cents! The price goes up to $2.99 on March 13th so hurry! 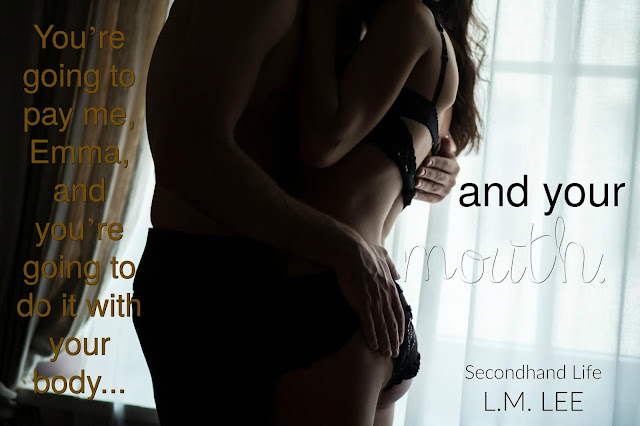 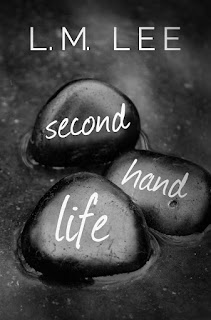 Emma Ross knew Oliver from the past, when they were younger, and he smiled. Gone for years, back to their hometown a widow, the Oliver she knew is gone. A hard man who consumes her is left in his place. A man who claims to hate her, but can’t seem to stay away.

Oliver Bentley remembers Emma as an unlikable girl, only the present Emma is nothing like her. He doesn’t want to find her desirable, but everything—from her inner strength, to her warm eyes, to the fierce love she has for her daughter, to his constant hunger for her—makes him want her more. The thing is…he doesn’t hate her at all.

My body turns into a mass of hypersensitive nerves under his scrutiny. “Oliver. Stop looking at me like that.”

Hearing the warning in my voice, Oliver drags his eyes to mine. His deep voice is quiet as he says, “Is it always going to be like this?”

Breaths coming fast, I hastily set down the stack of plates and reach for the bottle of wine. I notice the slight tremble of his hands, and am careful to not touch him as I take the wine from him. It would be easier to not be this attracted to someone. It would be easier, but I’m not sure I can say I have remorse over experiencing this. Easier isn’t always better. I know that. I’ve lived that.

“I don’t know. I’ve never…felt this before,” I answer honestly.

I wonder if he has, if he had this with his wife. If he did, I’m glad. I hope he did. But I’ll never ask, because I don’t want to know. I refuse to think about why I don’t want to know, telling myself every woman wants to feel like they’ve induced reactions in males no others before them, or after them, have. It’s silly, possibly childish, but women are insecure by nature.

Oliver moves closer, and to anyone watching, the scene would appear innocent. It isn’t. It’s tempting catastrophe. I smell cinnamon, and soap, each time I inhale. His breath fans my ear as he exhales. We are locked in a bubble, and the slightest wrong, or right, move, will cause it to burst.

With a stuttering pulse, I look into eyes as green and unending as a forest, and wonder what will happen if I step into them.

Things are simple between us. We have sex. One move a certain way, and everything gets complicated. Oliver Bentley is the last man I want to get complicated with.

“I want you. Always,” comes out in a hoarse, barely audible whisper.

His words echo through me, sounding sweet and new, even though I’ve heard them from plenty of men’s lips. But never this one’s, and never spoken so raggedly, or so regrettably. 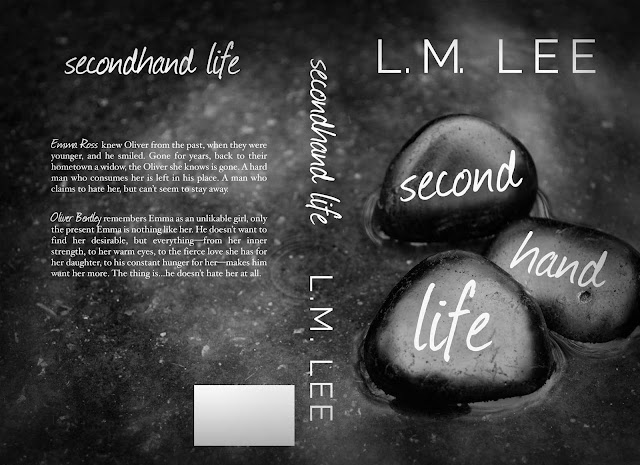