Cold weather got you down? Pick up a paperback and a blanket! The Darziods' Stone by @RichardSmithTT #ASMSG #RPBP 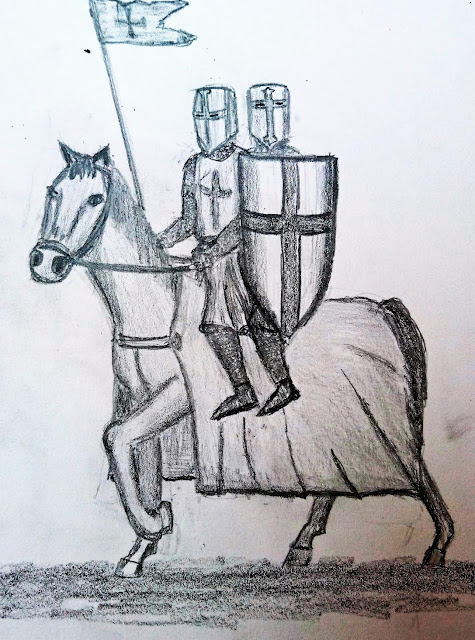 What did the Knights Templar discover under Temple Mount? Harry and his friends find a secret code and soon find out to their cost. 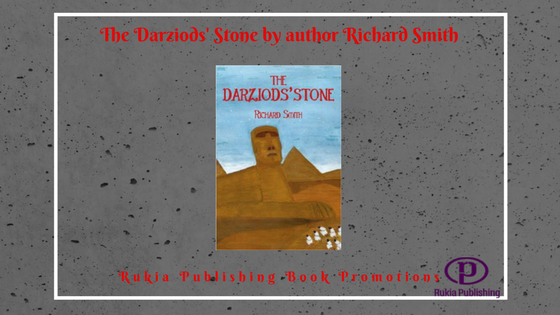 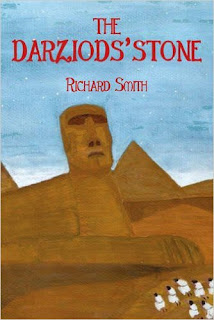 When the school summer trip to Blackpool gets cancelled, Harry's parents offer to include Harry's friends in their trip to Tredock Cove in Cornwall. Amelia, Mitch and Asad are grateful - Cornwall will be great and, even if it isn't as great as Blackpool, anything is better than being stuck at home, right? Ryan is less convinced. He's not the most open-minded of boys and he sincerely believes that Cornwall is full of carrot-crunchers. But he goes along anyway, even if it is reluctantly. Even Ryan doesn't want to be left at home by himself. And it doesn't take long for the quiet break in Cornwall to turn into something much more exciting - and frightening. The kids find a secret code and become convinced that cracking it will lead them to hidden treasure. And it might well do, but the code will also lead them to something much more dangerous...
... because as readers of The Darziods' Stone will already know, thanks to a prologue dating back to 1798, Tredock Cove was once the scene of something very sinister indeed. A ship returning from the Napoleonic wars once stopped off there. Its captain and boatswain were murdered and the rest of the crew disappeared, never to be found. The world never knew this but an experiment conducted by a band of prisoner alchemists, led by the evil de Richlieu, was to blame.
As our heroes search for treasure, they find themselves pitted against these ancient forces. And they will need some extraterrestrial help if they ever hope to defeat them.

Intrigued? I know I am. How about if we take a look at the 1st page of this new young adult literature together?

Chapter 1, Page 1
Class in Year Eight was about to begin at Bridgend High School; the teacher was late and the pupils were noisy and restless on the last day of term.

‘It’s in Cornwall,’ Amelia told him. ‘And it’s better than nothing.’

Mitch laughed to himself, as Amelia and Harry tried reasoning with Ryan

‘But a stupid little cove is naff, compared with the Summer camp in Blackpool. I was looking forward to going on all the rides at the fair, there.’

The cove appealed to Mitch; it suggested exploration and adventure and he was always up for that. The Summer camp in Blackpool had closed due to “lack of funding” spoiling many kids’ expectations.

‘Well, I think it’s really nice of Harry’s parents to let us go on holiday with them, they didn’t have to,’ said Amelia.

Amelia was a bit of a contradiction: although a self-confessed tomboy, she wore her hair long and loose and, at weekends, she liked to put on a little make-up. She was the type to stand her ground, even with the likes of Ryan.

Ryan’s scowl remained. He raked a hand through his untidy, light-blond hair, despairingly.

‘I know you was looking forward to the Summer camp,’ Harry said, sympathetically, ‘but my parents won’t be there all the time; they’re going off on their own for a few days.’

Mitch couldn’t believe what he was hearing, but he wasn’t going to slate him;

Ryan hung around with some of the hardest boys in Year Eight and was someone Mitch never messed with. Instead, Mitch tried always to stay on the good side of Ryan and of his friends. ‘What! You’re not coming on a free holiday? Come on, we’ll make it a laugh. We could take a boat out and explore the coast, discovering things.’

Ryan shook his head contemptuously. ‘You’re just a daydreamer, Ballsy.’ Turning away, he then called to a boy on the other side of the class. ‘Oi, As…Asad. Here a minute.’ An Asian boy left a group of boys and ambled over. ‘D’you know about this…cove, the Blundell’s and Mitch and Amelia are going to?’

I have a confession to make...
I already have my copy of this book. I started reading this book before Christmas but I didn't get very far as this house was crazy busy with the holiday bustle. Now that we have read the first page together and my house has settled back down in to some sort of normalcy, I am reminded of how much I was enjoying the book. I plan on diving back in as soon as I get snuggled into my favorite blanket. Well it's actually a quilt. A beautiful handmade quilt that my sister made just for me.
Here's a picture of it! 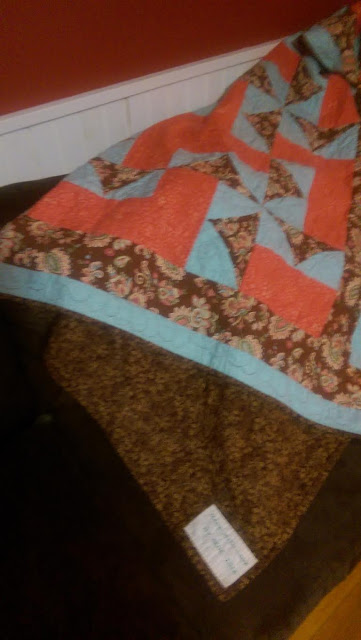 You can see both sides of this colorful work of art. It even has a small hand stitched patch that says, "Made With Love by Rene".

I hope you will join me in this conquest and order your paperback. Wrap up in your favorite blanket, stay warm and enjoy The Darziods' Stone. You can get your book by clicking this link: www.fast-print.net/bookshop/1962/the-darziods-039-stone.

Find out more about the author and his books at his Rukia Publishing Pages.
Book Showcase (psssst. there's a full chapter excerpt at this page)

Thanks for staying with me! I hope you enjoyed the blog today and you will enjoy the book!
Don't forget to leave a review. Even a single line would be forever remembered!

Email ThisBlogThis!Share to TwitterShare to FacebookShare to Pinterest
Labels: #Cold #weather got you down? Pick up a #paperback and a #blanket! The Darziods' Stone by @RichardSmithTT #ASMSG #RPBP #Newrelease #YALit #Templar