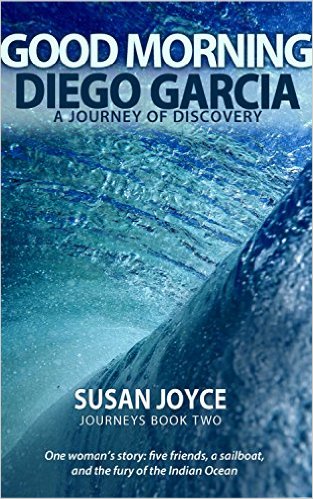 A Journey of Discovery

About The Book
Do you believe that your human potential is greater than your day-to-day state of being?

Do you sometimes experience “weirdness” or “extraordinary moments” that seem to be glimpses into an alternative reality?

Good Morning Diego Garcia is a psychological and psychic exploration forged in the chaos of horrendous storms in the Indian Ocean during monsoon season. Following the loss of a child, war in Cyprus, and with growing suspicions that her husband has a secret life, Susan confronts the elements, and evidence that nothing is as it seems.

You’re young, living comfortably in southern California. You’re financially secure, though you don’t know why or how. Your husband simply ignores you when you ask too many questions. He’s hoping for another job overseas, doing something. You’re not sure what, but you suspect it’s not what he says.

You marriage is shaky. You survived a war in Cyprus together, and lost everything. Now you’re basically biding time.

A letter arrives from friends you knew in Cyprus. They’re sailing a new yacht from Taiwan to Europe for a Swedish millionaire. You’re invited to join them in Sri Lanka, as crew. Neither of you knows boats, but you’ll learn — it will be the trip of a lifetime, cruising the Indian Ocean in a pleasure yacht!

And, it turns out, in monsoon season. With no charts. And an emotionally unstable crew mate. What could possibly go wrong?

Excerpt From The Book 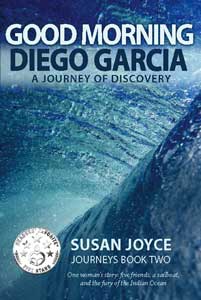 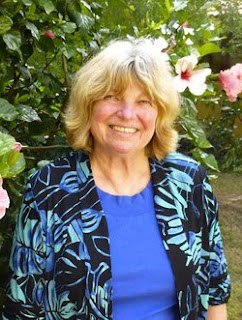 Born in Los Angeles California, Susan Joyce spent most of her childhood in Tucson, Arizona and returned to LA as a young working woman. Inspired as a child by postcards from her globe-trotting great aunt, Susan left the United States at age 20 to see the world.

She planned on being gone for a year, but ended up living her 20s and 30s in Europe and the Middle East. As a Jill of all trades, she worked as a secretary, freelance writer, taught computer classes, wrote songs, and became an accomplished artist while writing her first children's book, "Peel, the Extraordinary Elephant."

An award winning author and editor of children's books, Susan's first adult book in her memoir series, "The Lullaby Illusion--A Journey of Awakening" is a travelogue of the politics of Europe, the United States, and Israel during a twelve year 'roller-coaster' period of her life and an adventure of survival through friends and sheer determination.

Her second memoir, about transitting the Indian Ocean in monsoon season, is entitled "Good Morning Diego Garcia" and is available for order now!

"Another winner, without doubt."

Reviewed by John Searancke on February 7, 2016
I do like a well thought out book title – one that catches the eye and makes one want to pick up the book to learn more of which may lie between the covers. Such is the case with “Good Morning Diego Garcia”. I have to confess that I read this author’s first book, “The Lullaby Illusion” a long while ago, and it was one which I enjoyed hugely. Would I reap the same sort of satisfaction from the next book on her journey of awakening, soul searching and globetrotting? Well, yes, indeed I did! Without a doubt, this author can draw her reader into her life experiences, this time travelling in India on her way to crewing a boat from Sri Lanka to the Seychelles, with a cornucopia of experiences along the way. Never having been lucky enough to have undertaken such wide travels and the experiences to be enjoyed from them, I felt fortuitous to be able to enjoy them vicariously, as it were, and from the security of my armchair. Not for me, thank you, to participate in near-death experiences during a tropical storm on the Equator, even though it is clear that the author learnt so much from it about her inner self. Simple yet credible dialogue between husband and wife plays a large part in moving things along, allowing the author to move almost seamlessly from one inspiring episode of personal revelation to another on this rollercoaster of a ride. Another winner, without doubt. 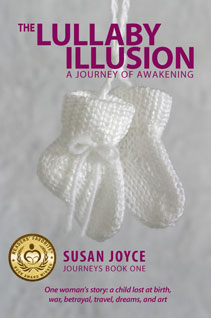 The Lullaby Illusion details the harrowing personal journey of a young American woman facing seemingly insurmountable situations while living in the Middle East and Europe.


After miscarriages and the loss of a child in childbirth on the island of Cyprus, Susan seeks solace by creating art, and recording her vivid dreams. Through difficult life changes -- Cyprus's bloody coup and war in 1974, a rescue from a sinking ship in the Indian Ocean, learning of her husband s secret life, and surviving his deadly assault in Belgium -- she discovers her ticking clock is not the child she has failed to produce, but rather the creative potential with which she can create a new life.

*****
`Imagination is everything. It is the preview of life's coming attractions.' -Albert Einstein

This is a powerful book, one that reminds us of the indomitability of the human spirit. Rich in characters, in tragedies, in cultural and political events, Susan opens her very personal diary and the result is a vastly entertaining book.
Recommended.
By Grady Harp HALL OF FAME TOP 100 REVIEWER VINE VOICE

*****A Monumental Memoir
By Janet Hughes on May 24, 2014
The Lullaby Illusion is an exquisitely executed memoir, which leaves you spell-bound as you follow Susan's metamorphosis; as she loses herself in her husband, the enigmatic Charles, following their dream travelling the world.Through miscarriages, betrayals and escaping war torn Cyprus to her re-awakening in Germany as an accomplished artist, Susan eloquently tells her story. The characters leap off the page, you can actually hear the dialogue, feel her fear, sadness and joy - it is easy to forget that this is a memoir and not fiction. I would love to see The Lullaby Illusion made into a film, and I hope she writes more about her life, and soon.

Take Another Journey With Susan Joyce~
Follow her along as she takes a virtual trip around the world! Support her new release and share this post and every other post you find her on! Leave a comment, and get the book! You will love it!

Meet The Author Susan Joyce At Rukia Publishing and Visit Her Book Showcase!