The long awaited release of MINE For One Night is finally here. It has all the heat you've come to expect from Ju Ephraime, as well as, lots of romantic suspense. But the best news of all, if you visit her on FaceBook page, you're very likely to get a free copy. Also, the book will be on sale for one day only. So mark your calendar and get ready to attend the event, on Valentine's Day. 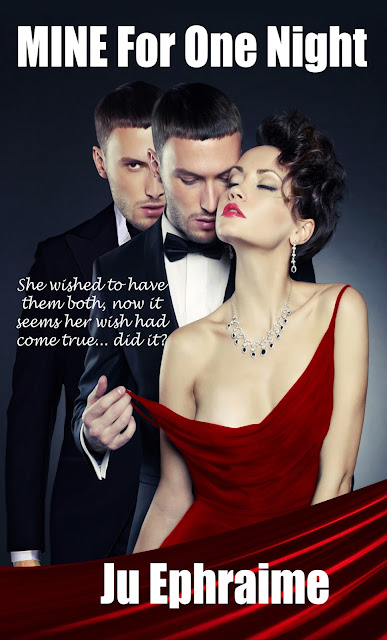 About The Book
Lynn is in a quandary. Ever since she could remember, she’s had a thing for twins, not just any twins, identical twins. Now she is in a relationship with one half of the most handsome set of identical twins, but she can’t stop thinking about the other. She had one, but she wants them both.

Nicholae and his brother have a great relationship. They never covet each other’s property. If one has something, and the other wants it, they share, whatever it was. But now Nate has something Nicholae wants, and he doesn’t know how to ask to share because something tells him Nate won’t share this with him… his new girlfriend, Lynn.

Lynn has a need, and Nicholae has a want, and then there’s Nate in the middle. Will he give in to his brother, or will he put his foot down and deny him this one time?

About The Author
Ju Ephraime began writing professionally at age 19; at that time, she wrote short stories for the local radio station in her home town. She gave up writing to pursue her education and has since earned several degrees, including two Masters and a Doctorate in Higher Education Administration from Northeastern University in Boston. During the course of her schooling, she wrote and published a working curriculum for a career school, a business manual and its answer key, as well as other literary work. In 2010 she revisited her first love, writing for fun and enjoyment. She writes high heat, steamy, romance novels. The first was, State of Ecstasy in the LaCasse series, which was soon followed by, Temptation to Sin, Loving Therèse, #2 in the LaCasse series. Ju has gone on to write several more books, including, The Odor of Violet, on tour this month, Complete Surrender, #3 in the LaCasse series; as well as, a Christmas Novella, Footsteps in the Sand and her award winning paranormal, White Magic Woman, Quarterfinalist in Amazon Breakthrough Novel Contest, 2013, out of over 10,000 entrants.

Ju lives in Connecticut, where she is very active in her community. She is the administrator of a business school and the president of a non-profit organization that dresses individuals for job interviews.

Visit her blog at http://www.juephraime.blogspot.com or her personal page at, http://www.juliaeantoine.com where you can sign up for e-mail updates and be the first to hear about new releases.

Find Ju on FaceBook at https://www.facebook.com/juephraimeauthor. She loves to chat with readers.

Like what you see? No need to choose ... enter this exclusive giveaway for a chance to win ecopies of all 14 eBooks. Yeah that's right, 14 amazing reads for ONE lucky winner!!!

A little giveaway to get in the Party Mood!

Find the post on the event page with this image and invite some friends to attend the party for a chance to win a $5 amazon gift card for you and one of your friends. Just comment below the post on Facebook with the name of the friend(s) you invited, or the one(s) who invited you. 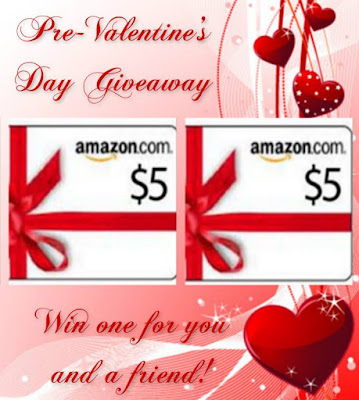 Thank You For watching!

Email ThisBlogThis!Share to TwitterShare to FacebookShare to Pinterest
Labels: Mine For One Night #New Release by @JuEphraime #Romance #Suspense #Valentine #Giveaway #RPBP